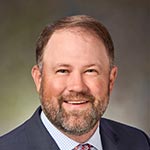 Bradley (Brad) S. Talbert, FACHE joined the 454-bed Memorial Hospital Jacksonville as the President and CEO in August of 2017. Since arriving at Memorial, he has led significant change and improvement to many areas of the organization. Under Brad’s leadership, Memorial had the highest physician engagement performance in over eleven years in 2019, reaching the 67rd percentile nationally with providers identifying Memorial as an Excellent Place to Practice. Quality and patient safety has improved under his leadership as well, as the facility was recently recognized in 2018, 2019 and 2020 with the Healthgrades “Excellence in Patient Safety” Award, which recognizes the top 5% of hospitals nationally in overall patient safety performance. Talbert has also led Memorial Hospital to 3 consecutive “A” Hospital Safety Score Ratings from the Leapfrog Group. In early 2021, the hospital was awarded the prestigious Advanced Certification for Knee and Hip Surgery by the Joint Commission, the only hospital in Northeast Florida to achieve that designation, and one of only 7 hospitals at the time in the State of Florida.

Under Talbert’s leadership the hospital earned final Accreditation as a Level 2 Trauma Center, completed a $23M expansion of the Emergency Department, $25M expansion of the OR, and completed the addition of a $13M, 36-bed tower expansion. His team has also led efforts to add many other services, such as ECMO, and modernize the facility overall.

Prior to joining Memorial, Brad was CEO of the 288 bed Piedmont Medical Center in Rock Hill, SC, a Tenet Health facility. During his 10-year tenure with Tenet Health, which included stints as VP of Business Development, COO, and CEO at two hospitals, his facilities were recognized with the Circle of Excellence Award, Tenet’s highest honor, 3 times. He was named one of the Charlotte Business Journal’s Top 40 under 40 in 2017. In 2015 he was named a South Carolina Economic Ambassador by then Governor Nikki Haley, and also received the Regent’s Early Careerist Award from the South Carolina ACHE Chapter in 2014.

Brad is very passionate about the community in which he serves. He currently serves on the board of directors and was recently named Chair-Elect of the Jacksonville Chamber of Commerce, serves as a member of the Jacksonville Civic Council, an Executive Cabinet member of the American Heart Association HeartWalk, and serves as member of the University of North Florida Dean’s Council. In addition, was previously named one of the American Cancer Society’s “Real Men Wear Pink” honorees. Brad was also recently recognized by the Jacksonville Business Journal as one of the First Coast’s Ultimate CEOs for 2019, and in 2021, was named to the Florida 500 List of Most Influential Executives by Florida Trend magazine.

Originally from the Carolinas, he earned his bachelor’s degree in Finance at Wofford College in Spartanburg, SC, and his master’s degree in Health Administration at the Medical University of South Carolina in Charleston, SC.

Razmic is an accomplished healthcare executive with over 30 years of experience. Most recently, Razmic was Chief Operating Officer of Palm Beach Gardens Medical Center in Palm Beach Gardens, Florida. A member of the Tenet Healthcare system, Palm Beach Gardens is a 199-bed advanced tertiary medical center system specializing in comprehensive cardiovascular care and serving the community for more than fifty years. 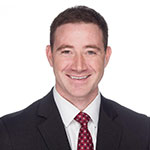 McKeown has had the opportunity to immerse himself in the financial operations of a complex facility, and led the financial integration of a newly acquired health system. Prior to joining HCA Healthcare, McKeown spent eight years at Deloitte & Touche in Charlotte, NC. As its Manager in the Healthcare division, McKeown was responsible for advising large health systems, hospitals, and health insurance plans. 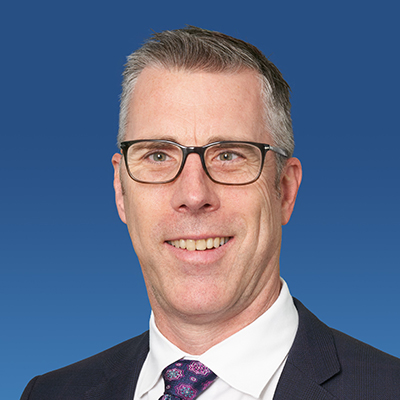 Albert E. Holt, IV, MD, MBA, joined Memorial Hospital as its Chief Medical Officer in July of 2020. Dr. Holt comes to Memorial from the Inova Health System in Falls Church, Virginia, where he was the system medical director for adult critical care for the past five years. He led a team of 60 critical care physicians and Advanced Practice Professionals (with specialists in cardiac critical care, neurocritical care and ECMO). He directed the tele-ICU program, and the system-wide sepsis program that achieved recognition for reducing absolute mortality among sepsis patients from 16% to 9%.

Dr. Holt earned his medical degree at University of Connecticut School of Medicine and completed his internal medicine training at Vanderbilt University, his critical care fellowship at the National Institute of Health (NIH), and received his master’s in medical management at Johns Hopkins University.

Dr. Holt began his career in private practice in Boston, where he then went on to develop a successful hospitalist program before returning for additional critical care training at NIH. He has also held numerous leadership positions in national healthcare companies, some of whom were private equity owned healthcare companies that are now part of larger publicly held companies, like Abbott Labs, United Healthcare and McKesson.

He enjoys working with exceptional colleagues striving to provide the best care possible, and helping those around him to achieve their greatest potential.

Previously, Threatt was the CNO at Coliseum Medical Centers since February, 2020 and began at Coliseum as their Assistant Chief Nursing Officer in June of 2018. He has served in various leadership roles within HCA Healthcare’s South Atlantic Division since 2012. Among them, Division Director of Labor Management and Division Director of Clinical Informatics/Analytics. Prior to joining HCA Healthcare, Threatt worked as a senior consultant at Innovative Consulting Group and as a registered nurse in the Progressive Care ICU at Carolinas Medical Center in Charlotte, NC.

Threatt earned his Doctorate of Nursing Practice in the Nurse Executive Leadership and Innovations program, and his Masters of Health Informatics from the Medical University of South Carolina in Charleston. He has a Bachelor of Science in Nursing from the University of North Carolina at Charlotte and an Associate Degree in Nursing from Central Piedmont Community College. Threatt is a Board Certified Nurse Executive (NE-BC), a member of HCA Healthcare’s Executive Development Program (EDP) class of 2020, and a 2018 Capstone winner for HCA Healthcare Leadership Institute’s ACNO Advanced Leadership Program. 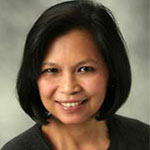 Eleanor Lynch joined Memorial Hospital as the Senior Vice President of Operations in May of 2012. In this role, she provides operational leadership to multiple ancillary departments and recently spearheaded the Trauma Program launch. 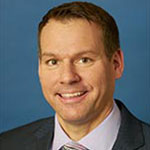 Thompson has spent nearly 15 years with HCA and has a proven record for leading progressive strategies that integrate the organization’s overall mission of providing quality services in a cost effective manner in the areas of: compensation and benefits, recruitment, employee relations, labor relations, leadership and management development, policy and program development, workplace safety and other Human Resources services. Thompson earned his Bachelor’s of Science degree in Human Resources and Business Administration from the University of Florida and a Master’s of Science in Healthcare Management from Troy University. 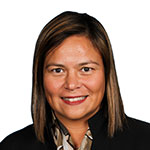 Odette Struys joined Memorial as its Associate Vice President of Public Relations & Communications in January of 2019. She has extensive PR industry experience. She joined Memorial from Atkins Global where she was the Senior Public Information Officer for the Florida Department of Transportation overseeing I-95, I-10 and the region’s first Diverging Diamond Interchange. She was the Spokesperson for more than $600 million in FDOT projects. Previously, she directed National Media Relations for Nemours Corporate Services managing operations in four states, and oversaw Marketing and Communications for The Blood Alliance covering three states.

Odette hails from Singapore and has enjoyed two distinct careers - in PR and as a member of the news media. She has worked for CNN in Washington, DC, to Clear Channel, FOX, UPN, PBS and the Singapore Broadcasting Corporation - where in 1992, she was a pioneer in Southeast Asia breaking barriers as the region’s first female Olympic TV sports anchor. Today, she is a volunteer community anchor for WJCT PBS TV and radio.

She has served on the board of directors of Visit Jacksonville, Leadership Jacksonville, GlobalJax - an arm of the U.S. State Department, Jacksonville Asian American Advisory Council, WJCT PBS and the South Jacksonville Rotary Club. She has a bachelor’s in radio, TV and speech broadcasting and a master’s in organizational management.