"We are very excited to have Artis, Vince and Dr. Kuthiala join our Board. They will each bring unique dynamic differences to complement our strategic leadership as we move Memorial forward together," said Bradley S. Talbert, FACHE, President and CEO of Memorial Hospital. "It is especially significant to have them join us this year — as we celebrate half a century of service in northeast Florida." 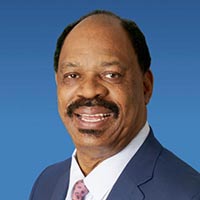 Artis Gilmore's sports career took off in 1971 from playing for Jacksonville University to the American Basketball Association’s (ABA) Kentucky Colonels — where he earned the rare distinction of being selected as ABA First Team Honors in ALL his five seasons, including being awarded ABA Rookie of the Year and Most Valuable Player. His league records propelled him into the National Basketball Association (NBA) in 1976 where he was the first draft pick for the Chicago Bulls. Gilmore played 13 years in the NBA with the Bulls, San Antonio Spurs and Boston Celtics and was named an NBA All-Star six times. 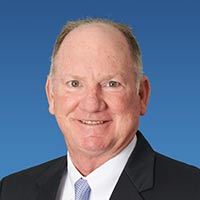 Vince McCormack has been in a leadership role with Perdue Office Interiors since 1986 and was named President in 2001. He is active in the business community serving the Jacksonville Regional Chamber Board of Governors and Board of Directors. He is also a Trustee with the Chamber and serves on the Advisory Council for JaxUSA Partnership. Additionally, he is a Trustee with Gator Bowl Sports and was the Chairman of the 2015 Tax Slayer Bowl. He serves on non-profit boards including Big Brothers Big Sisters of Northeast Florida and the Florida Theatre, while he is the current chair of the University of North Florida Foundation Board. 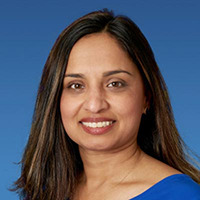 Dr. Sejal Kuthiala is a Board Certified hematologist and oncologist and has been with Cancer Specialists of North Florida since 2006. She received her bachelors of science in Biology at the University of North Carolina at Chapel Hill in South Carolina. Her doctor of medicine was earned at Saint George's University in Grenada, West Indies, and her fellowship was at the Medical College of Georgia at Augusta, GA. Dr. Kuthiala trained with the National Institutes of Health (NIH) Office of Human Subjects Research Course on the Protection of Human Research Subjects and has over 13 years of clinical research experience in network, industry and cooperative trials. She is a member of the American Medical Association, Duval County Medical Association, Florida Medical Association, American Society of Hematology and American Society of Clinical Oncology.

"With our legacy of strong community partnerships over the past 50 years, I am confident our new 2019 Board will continue to advance Memorial forward, together," said Talbert.