How to know if you have celiac disease, a gluten sensitivity or a wheat allergy 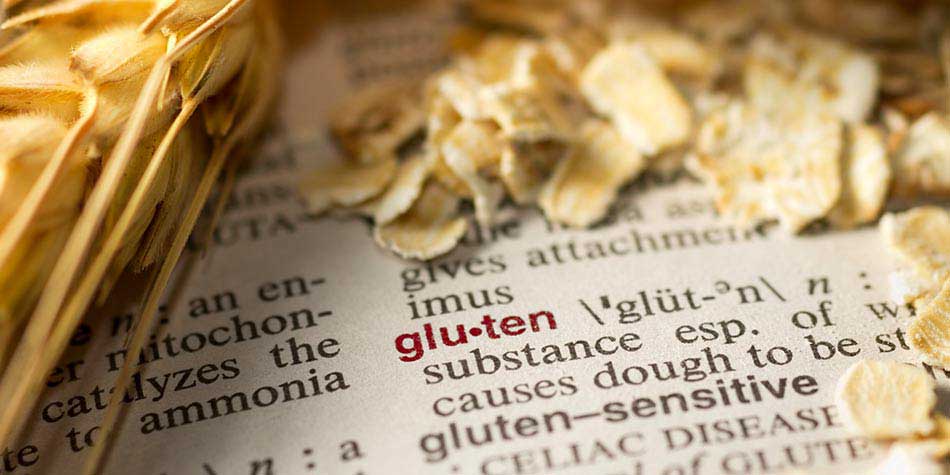 Odds are, someone you know has gone gluten-free. Perhaps they’re trying to drop some pounds, or simply believe it’s healthier for them. Or, maybe they suspect they have a gluten-related medical problem, since they’ve linked eating it to uncomfortable or distressing symptoms like nausea, fatigue or even joint pain.

It’s possible, of course. Millions of people have disorders, such as celiac disease or gluten sensitivity, involving negative reactions triggered by gluten intake. Plenty of others have a wheat allergy, a potentially life-threatening immune response that’s often confused with gluten-related illnesses.

But, while these serious medical issues demand the avoidance of certain foods, avoiding gluten isn’t necessary for many people. There’s no proof that it helps you lose weight, for example — and cutting it out of your diet unnecessarily may trigger a different set of health issues.

So, what is gluten, and how do you know if you have a serious problem with it? What’s the difference between conditions linked to gluten and wheat? And when is it a good idea to keep gluten as part of your diet?

Gluten is a naturally occurring protein found largely in wheat, barley and rye. It helps dough rise and keeps bread chewy and less crumbly. Gluten can be found in many common foods made with these grains, including bread, baked goods and pasta. It’s also frequently added to other foods, like cakes and cereals, to improve their texture. It’s even included as an ingredient in some beauty and hygiene products, medications and supplements.

Over the last few decades, however, an enormous and ever-growing industry has been built around gluten-free foods. They’re increasingly available in supermarkets and restaurants. Countless cookbooks and websites are also dedicated to gluten-free cuisine.

But keep in mind, gluten and wheat aren’t the same thing. Wheat is a grain that contains gluten. That means people who have a wheat allergy won’t necessarily react poorly to gluten from other sources, like rye or barley. On the other hand, those who have reactions to gluten — including people with celiac disease or gluten sensitivity — will react to wheat.

To help pinpoint what might be ailing you, it helps to understand the basics of three common gluten and wheat-related health conditions, as well as the differences between them.

Celiac disease (CD) is a chronic immune-mediated disorder. If you have CD, ingesting gluten damages the lining of the small intestine, making it difficult to absorb necessary nutrients. The condition is genetic, and experts believe it affects around one in every 150 people, although it may be underdiagnosed, since many people with CD may not even be aware that they have it.

Some people with a mild form of the disease may not experience any symptoms. Most however, will develop common signs like diarrhea, constipation, gas, bloating, abdominal pain, fatigue and sometimes nausea or vomiting. Some people with celiac disease may not have digestive issues but develop other symptoms, such as bone or joint pain, depression or anxiety, headaches, mouth problems, like canker sores or dry mouth, a smooth, shiny tongue and tingling or numbness in their hands and feet. Reactions typically aren’t immediate and symptoms may appear several hours after eating gluten. Left untreated, CD can lead to malnutrition, dermatitis herpetiformis (a chronic, itchy, blistering skin rash), infertility, anemia, osteoporosis and a higher risk of some cancers, among other health problems.

Since the symptoms of CD are wide-ranging and similar to those of other disorders, including lactose intolerance and irritable bowel syndrome, the disease may be tough to identify correctly. Celiac disease is diagnosed with the help of a blood test, which is usually followed by a biopsy of tissue in your small intestine. In some cases, genetic tests may also be ordered.

There is no cure, but most who follow a gluten-free diet and eliminate all “hidden” sources of gluten, which may include some vitamins and other dietary supplements, will see a significant improvement in their symptoms, often within weeks. Complete healing of the small intestine however may take time. Children tend to recover in three to six months but a full recovery for adults could take several years. While some may find a gluten-free diet restrictive, many stores have gluten-free sections, featuring a growing number of foods, including pastas, cereals and soups. In addition to prepackaged products, people with CD can eat a wide-range of foods that don’t contain gluten, including rice, potatoes and corn.

Gluten sensitivity (GS) is also called non-celiac gluten sensitivity (NCGS) or gluten intolerance. GS is believed to affect many more people than CD, with most remaining undiagnosed. Like CD, it involves an often delayed, adverse physical reaction to gluten, and shares many of the same symptoms, including diarrhea, bloating, foggy mind and pain. Treatment for GS is also identical to CD. In order to feel better, you should avoid eating gluten.

Unlike CD, however, GS won’t damage your small intestine. It’s also unclear if GS involves an innate immune response. In fact, experts don’t completely understand the condition, or why it happens. Some believe it’s triggered by the abundance of gluten in certain foods — especially processed products. Another theory is that FODMAPs — types of carbohydrates found in many common foods — may spark these digestive problems.

Currently, there’s no test to identify GS. The blood tests given for CD will appear normal, as will exams of your gastrointestinal tract. To diagnose GS, doctors have to rule out other potential causes, including CD.

Wheat allergy is like other food allergies, in which your body’s immune system overreacts to a substance most people find harmless — in this case, wheat.

In contrast to CD and GS, people who are allergic to wheat will often develop symptoms, such as hives, itching or swelling, right away. In extreme cases, people who are having an allergic reaction to wheat can go into anaphylactic shock, which may be fatal without immediate medical attention. While many wheat allergy symptoms are different from those of CD and GS, some do overlap, like diarrhea and stomach cramps — which is why an accurate diagnosis is important.

Children who are allergic to wheat may out-grow the allergy, but adults with a wheat allergy usually have it for life. Unlike CD and GS, it’s diagnosed by an allergist, typically using a blood test, which checks for certain antibodies, or a skin prick test.

The only treatment for wheat allergy is a wheat-free diet, which requires those affected to read food labels carefully. Most pasta, bread, beer and baked goods contain wheat, as do many foods you might not expect, such as lunch meats, sauces and soups. Fortunately, other grains, including oats, rice and quinoa, are wheat-free. Barley and rye may be tolerable, too, though it should be noted: You can have a wheat allergy and also have CD or GS.

What a doctor can do

If you’re experiencing unusual symptoms and believe you might have CD, GS, a wheat allergy or another digestive condition, reach out to your healthcare provider (HCP). Your doctor can help pinpoint what ails you, refer you to the appropriate specialists and begin treatment to alleviate your symptoms. Avoid self-diagnosing your condition or eliminating gluten from your diet before your appointment, which could influence your test results, leading to a misdiagnosis and slower recovery.

And if your tests results reveal that you do not have a digestive issue related to wheat or gluten intake but you’re still cutting them out of your diet to slim down or for some other perceived health benefit, you may want to reconsider. While some people may find it impels them to choose healthier foods in general, there’s no real evidence that eliminating gluten will help you drop pounds or improve your overall wellbeing. What’s more, if you’re not careful, eliminating gluten (and the whole grain foods that contain this protein) could deprive you of valuable nutrients — especially fiber, but also iron and calcium. Many gluten-free foods are also loaded with added sugar, too much of which is unhealthy in itself.

In the end, the gluten decision is best left to you and your doctor — and with a little knowledge, you can make the right choice for your health.

July 8, 2019
Certain diets like Keto and Whole30 suggest that ghee is a healthier cooking oil. But ghee is really just clarified butter, so is this really...
Previous Post

6 worst things you can do for your brain

June 24, 2019
Though you can't prevent dementia and cognitive decline, there are some steps you can take to help set you on the path to better brain health...
Next Post
Back to blog home

Is Your Job a Pain in the Back?

COVID-19 cybersecurity: How to pay your healthcare bill online (securely)

How your diet could affect your thyroid

Shock therapy isn't what you think it is